Resilience: What Coming Last Taught Me 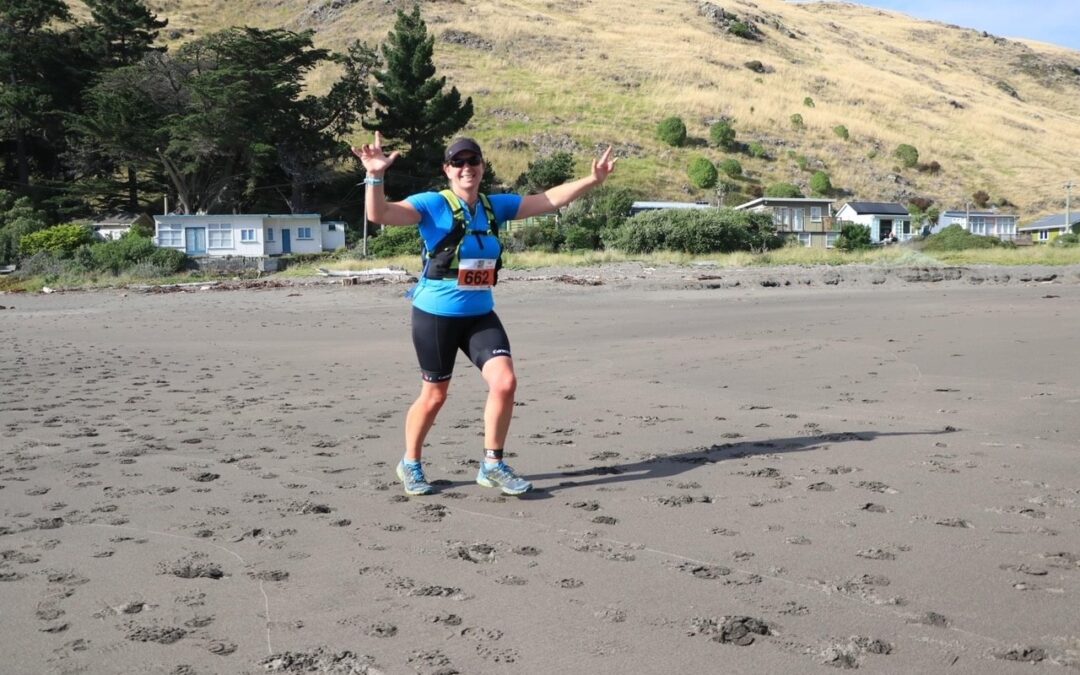 A running race has nothing to do with nature play. Nature play isn’t just about playing in nature. It is about preparing us mentally to navigate the world before us. This is a story on mindset, resilience and courage. Come join me…

At the start line I was already talking myself out of it. I had an excuse ready and waiting. I had stood on a skateboard in the garage the night before and it rolled out from underneath me giving me a lovely swollen ankle.

With the finish line 17km away and 500m of vertical climbing, I thought that I would know by the top of the first hill if I was going to get there or not. If it wasn’t sore (or manageable) I would keep going, but if it was rather sore, I would stop and turn around there. That was decided.

As a result of the continuing COVID-19 situation, there wasn’t a big group of people racing but I headed to the back so that I could happily go at my own pace.  I assumed I would probably pass people as I progressed, moving forward all going well, but I still just wanted to start at the back.

“On your marks, get set, GO!” The incline was straight up right from the start.  It was only a couple of hundred metres into the race, and I was already starting to watch the other runners head off into the distance.

One of the race officials was running just behind me and I was thinking “there’s no way this guy is going to be running behind me the whole way, trying to encourage me!”  Thank goodness he stopped and I could try and console myself with the current situation.

The thoughts in my head just kept on chatting to me. “I am going to be so slow, this will be so embarrassing, everyone will know I am last.” “I should just stop at the top.”  “I am sure my ankle is not going to make it.” “I’ll just stop at the top and then I won’t have to deal with the shame of coming last.”

Yes, that’s right, I carry this belief that it is shameful to come last. I remember that being ‘true’ right back to my childhood.  In the calm light of day, of course I don’t want to think like that, but right there and then in the thick of it I didn’t have the mental space or clarity to start unpacking that.

As I continued to run I was playing a game in my head.  If I stop at the top of the hill then it will be ok and I won’t have to deal with the shame. But if I keep going, I might learn something deeper about myself and what my mind is capable of.  But I still don’t want to be last.  Is it so bad coming last? What could it teach me?

As I approached the top, I realised that my ankle was doing pretty well.  I could carry on…if I wanted to. Did I have the perseverance, the resilience?

At that moment I had to decide.  Am I going to carry on and come last?  Or am I going to pretend my ankle won’t make it and pull out. As much as I wanted to stop, my own sense of justice would just not allow me to.  I put on a smile for the race official as she cheered me on and reminded me to just keep going.  Did she know I was last or did she even care?

The next part of the race was undulating across the tops.  There were lots of other people racing in a triathlon that was also happening at the same time, so I would say hello as they rode by or would get a cheer of encouragement.

I started to ponder along this section of road what coming last could teach me. I even thought this could be a great reflection to share with others (so here I am 😊).  At that point I started to enjoy the event, as I felt like I was running my own race – in fact I was, I just couldn’t see that then.

After I got out to the Heads, the race dropped down to another trail that followed the coastline back to Taylors Mistake, across the beach and then up and over one last hill before coming down into Sumner beach for the finish line.  That last hill was particularly hard for me, but I did it. 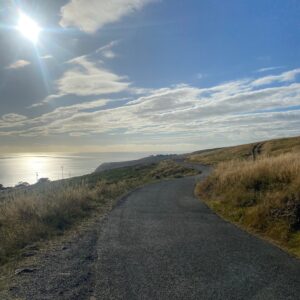 As I came down the other side, I started to feel nervous as this was the point I feared the most.  Getting up to the finish line and having people look at me with pity or with the head tilt that we do when we are trying to show sympathy. I didn’t need that. I didn’t want that.

There were lots of people around. I thought they were all watching me, staring at me. But they weren’t. They were busy with their own thoughts, talking with their friends, and would look up to give me a cheer of support.

Their looks weren’t of pity. They were encouraging. They were friendly.

I came up to the finish line and I ran across all smiles still anticipating a comment that I would have to pretend to ignore. But it didn’t come.  In fact, the ladies at the end said what an awesome race I had completed and so many people hadn’t even gotten to the start line but I had and I must feel so proud.

While I can’t say I didn’t have some deep feelings of shame being suppressed by my outwardly happy exterior, I felt much better than I thought I would.

So here’s my reflection, broken down to 3 key points: 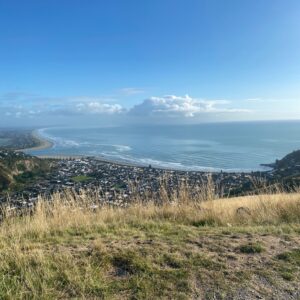 In the distance I heard some more cheering and turned around to see a couple of people coming up the beach. I smiled and I cheered for them. Loudly. So loudly, as they crossed the finish line.

I went from being last, to not being last in a matter of seconds.

I cheered them on with excitement for their achievement, having just run the same race I had and knowing how hard it was and the demons that were present in my mind.

I did know what that feeling of coming last was like as I had believed it for the whole race. I had been too busy looking at those in front of me that I didn’t turn around to see those behind me. And it didn’t matter if people were in front or behind. They were running their own race.

I had been so focused on what was going on around me, I had created such a blind spot that I couldn’t see the achievements that I was making. It wasn’t about them at all.

What really mattered was where I was on my own journey, what I was doing and how I was doing it. On that day it was my race and no one else’s, and I got to where I wanted to go.

As I continue on my life journey I am more committed than ever before to stop comparing myself to others and doing what I think people are expecting of me.

Draw on your resilience and move forward with confidence, courage and belief in yourself and where you are going. Life is too short to get caught up in what others might think.

Rather than focusing on where we should go, focus on where you want to go as there will always be people along the way who will support you in your journey no matter how long it takes for you to get there.